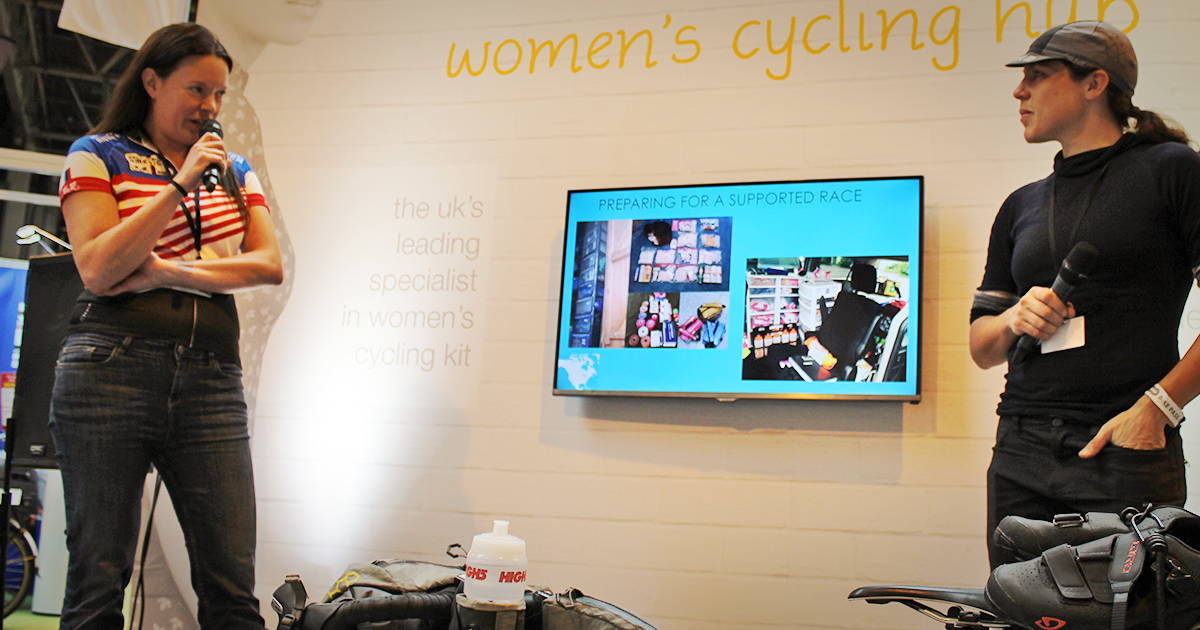 Ultra-Distance Cycling. Not something most of us have even contemplated. Emily and Shu have. And they're probably the UK's two most recognised and respected.

In 2015, Shu made history in becoming the first British woman to complete the 3,000 mile non-stop Race Across America (RAAM) solo.

Emily, meanwhile, quietly took First Female in the 2016 TransContinental Race - completing the 3,800km route in less than two weeks and throwing in 50,000m or so of climbing for good measure.

Let them tell you more in this remarkable video...

The VeloVixen Women's Cycling Hub, which took place over the 4 days of the NEC Cycle Show, was the biggest presence to date for women's cycling at a major UK cycling show. The buzz around it was infectious and many of you said it was the highlight of the show - including a number of men!

Want to discuss this further?