Bundles: Pick Any 2 Items, Save 25% off the Cheaper with BUNDLE25 Former Life: Mixing life as a professional actress with life on the road as a professional tour guide. Juggled seasons with the Royal Shakespeare Company and television roles with the challenges of keeping educational groups of American teenagers under control.

Epiphany: Meeting Phil on a blind date in 2009.

Cycling Experience: Pottering round Cambridge in the 1990s. Oh, and riding 10,000km through South America and the US with Phil.

Today: Liz juggles (still juggling!) her role as VeloVixen Strategic Director with moonlighting in cycling event organisation and being a full-time mum to Zoe and Emma. Former Life: Sitting at a desk and travelling the world managing investment portfolios - whilst covertly plotting exotic cycling trips and other adventures.

Epiphany: Meeting Liz on a blind date in 2009 (see above). And leaving his job shortly thereafter...

Today: Phil manages VeloVixen day-to-day whilst being as hands-on a dad as possible to the girls. And planning the odd ride here and there. Former Life: If you've been arrested in the Oxford area in recent years, there's a fair chance that Fran was the one wielding the truncheon (she's a big softy really). She was one of the boys girls in blue, for almost 13 years until she realised in 2016 that cycling was her true calling. And especially cycling kit. Don't even ask about her wardrobe.

Epiphany: Realising that police work wasn't leaving enough time for cycling. Or holidays. Luckily life at VeloVixen is one long cycling holiday (or so we tell her).

Cycling Experience: Fran's rarely off a bike, whether it's climbing a Dolomite, finishing yet another Ironman triathlon, ripping up a Welsh MTB trail or rolling in cyclocross mud.

Today: Fran is in charge of our warehousing and order processing. You'll often find her on the end of a phone with her unrivalled cycling kit advice. Former Life: Andrew has sorted out the numbers for many and various firms over the years, in worlds ranging from helicopters to bathrooms. Cycling's been a natural extension.

Epiphany: The realisation that renovating your own house entirely didn't mix well with a traditional full time job!

Cycling Experience: Watch carefully in the summer months and you may spot Andrew arriving at VV by bike. But only when the sun's shining!

Today: Andrew is a voice of pragmatism and reason in the cacophony of women's cycling - he does the important bits. And he's fast developing a penchant for ladies' lycra. 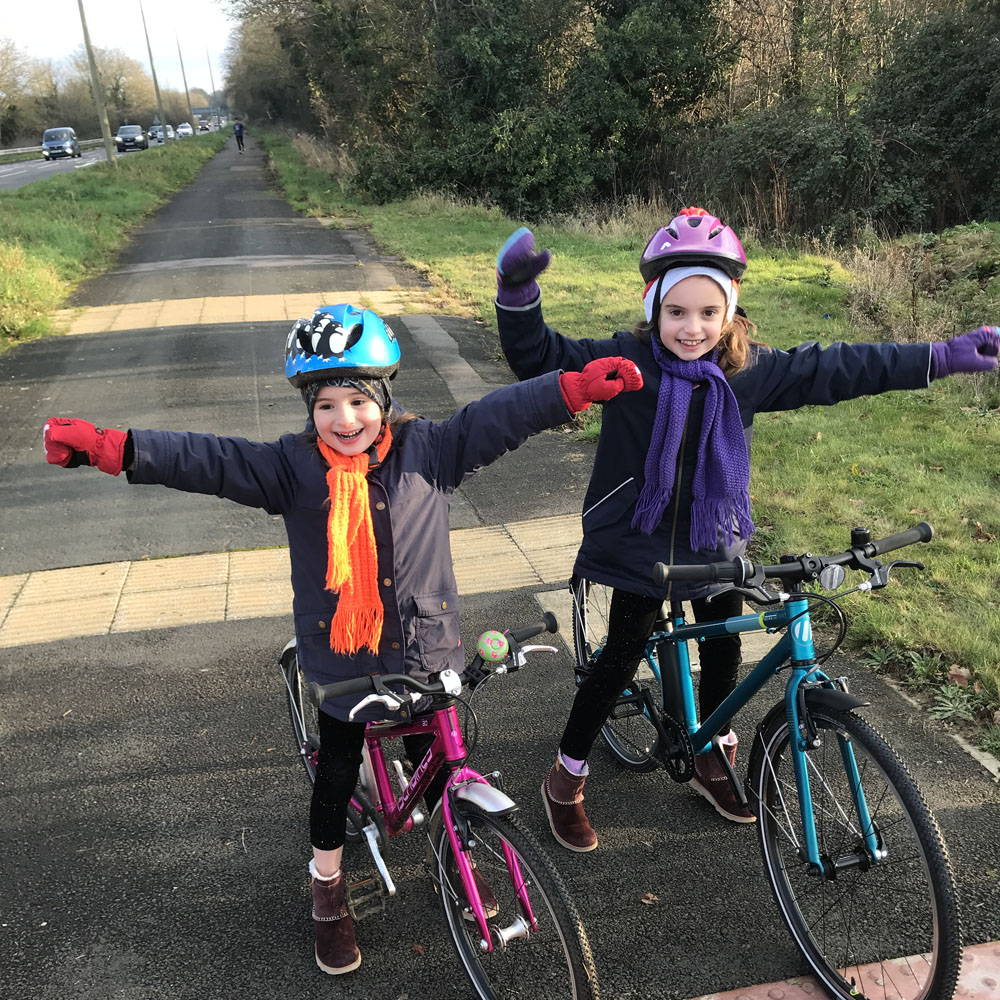 Former Life: None to speak of!

Epiphany: Being born into a cycling family...

Cycling Experience: Both girls are now cycling fanatics, thanks to their beloved Isla Bikes. They're now giving their ancient parents a run for their money on roads around Oxford.

Today: Zoe (7) is the senior member of our youth squad, having been joined by her little sister in late 2014. Their role is constantly evolving. Both ladies take their role as Roving Ambassador very seriously - with new roving techniques including 'keeping Mummy company in the warehouse' and making dens for our cuddly foxes. Both are showing active managerial potential - at least when it comes to managing their parents. Watch this space...